It was during Sister Madly’s Utopian Days that Midori- a recent transplant from Japan*- explained how, just before moving to the States, her Grandmother sat her down and lovingly outlined the ritual for something she called ‘jagaimo.’

* A culture of wise and beautiful people who recognize that life is much too short to be eating bread crust on a daily basis.
Also, they have pet otters. 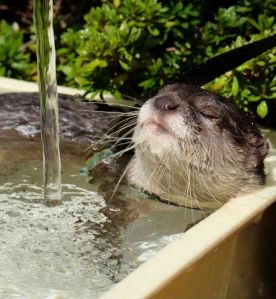 Now Sister Madly hadn’t heard of this ‘jagaimo,’ but if she were to speculate, it is the custom of cutting the crust off all things sandwich- seriously, the Western World needs to adopt this tradition immediately. Many a school luncheon was ruined by her Mother neglecting to remove the crusts from her peanut butter and banana sandwiches. But fret not: having since learned how to properly handle a knife, Sister Madly is now able to remove the crusts on her own like a sensible adult.*

* That and her Mother lives across the country, and Sister Madly doesn’t want to pay the 50¢ postage to ship said sandwich for maternal de-crusting- again, sensible adult.

It turns out, what the Grandmother called ‘jagaimo’ was not the custom of de-crusting a sandwich, but her pet name for a specific method of seppuku, one performed solely by women. Apparently, tradition was very important to the Grandmother, even as she refused to utilize the appropriate term* when speaking with her grandchildren.

* ‘Jagaimo’ is Japanese for ‘potato’, the use of which undoubtedly caused much confusion and anxiety at the dinner table.

Now the Madly Ancestors hadn’t pass down so much as a cookie recipe* let alone one for ritual disembowelment. Why aren’t there any clandestine Family Traditions listed in the Madly Dynasty Archives? The recipe for bathtub gin, for example? The art of bootlegging? Even the secret to changing a tire would have been deeply cherished- if not most useful- in the years to come…

* Correction: they did pass along a Finnish sleigh bell, which included the Family Secret to Smuggling Things of No Value Out of Europe, circa 1900. Techniques are a bit dated. 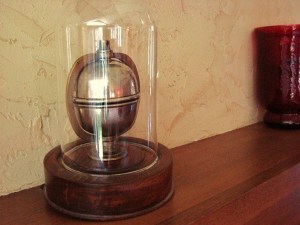 The Ancestors on her Mother’s side, however, were much more generous, passing to Sister Madly an affinity for Perry Mason reruns and the time-honored tradition of pushing buttons on things that do not belong to her. So in honor of Midori divulging the secrets of ‘jagaimo,’ Sister Madly revealed her own familial tradition with the buttons on Midori’s oven, during which she discovered a setting called ‘SAB.’

No doubt this was in reference to the Saber-Tooth Tiger, and a gentle plea to join the oven in a moment of silence to mourn its evolutionary demise. Naturally, Sister Madly left the oven set to SAB so that Midori, too, might partake in her own a Moment of Silence privately. Appliances are so thoughtful these days.

However, Sister Madly regrets to inform your good selves that SAB has absolutely nothing to do with the sadly-extinct Saber-Tooth Tiger. Midori later reported that, for several days after Sister Madly’s most touching Moment of Silence:

From this, one can only conclude that SAB* means ‘Sabotage’- a clandestine method of mischief and/or glorious revenge authorized by major appliance manufacturers under the guise of innocent button-pushing. Perhaps it’s no coincidence that the elder Madly sibling, Tallulah, also has this SAB mode on her oven…

Indeed, appliances are so thoughtful these days!

* It turns out, SAB means ‘Sabbath Mode,’ a setting that allows individuals to comply with Halakhah (Jewish Law) which prohibits certain activities during Sabbath and other holy times. 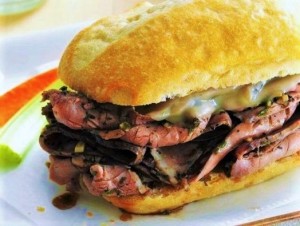 TO SERVE
Preheat oven to 350*
Split rolls; top one side with beef, mushrooms, and cheese
Bake for 10 minutes, or until cheese is melted
Serve with au jus

This entry was posted on October 24, 2019 by Sister Madly. It was filed under Food and was tagged with Cooking, culture, dark, family, horror, humor, people, prose, random, recipes, relationships, writing.